4B returns with an emotional heart-pounding single with RnB bad boy Chris Brown. Enjoying the success of his latest album Indigo with the Drake-assisted “No Guidance” summer heater, that broke the internet, the Virginia singer comes ready for cuffing season with an emotional break song with brutal honesty accompanied by 4B’s iconic bass melodies with a jersey house twist. “Did You” follows 4B’s previous single “Bang Bang,” where he proves his dynamic ability as a producer while exploring a new sound. Like the song “Atomic Bomb” insinuates, the young LA-based producer is showing no signs of slowing down and means business with his recent string of singles, including “Told You” and the massive Flosstradamus assisted “Blackout.”

Robert McKeon Jr., better known as 4B, may only be 26 years old, but he’s already been honing his musical skills for nearly half of his life. The American DJ and producer has relentlessly pursued his signature sound and vision, garnering support from some of the industry’s legends like Skrillex, DJ Snake, Diplo and Tiesto for his unique sound and meticulous production style. His trademark single was “Pop Dat” with Aazar in 2015; the track became one of the most played track songs of the year and topped over 12M streams on Spotify alone, putting 4B firmly on the map as one to be watched in the dance music scene. Since then, he has remixed the likes of Fetty Wap’s “My Way” with Flosstradamus and DJ Snake’s “Middle.” 4B has also earned himself somewhat of a cult following from his electric live performances, which include his wildly popular set at EDC Las Vegas right before ZEDD, where he brought out Soulja Boy as a special guest. Bobby continues to evolve and mature as an artist, and we are excited to see what the next wave of his career brings.

CONNECT WITH 4B NOW!

R3HAB is never the type to shy away from a sonic adventure, and this time he’s done it again with a remake of “Party Girl”, StaySolidRocky’s single turned viral hit via TikTok. 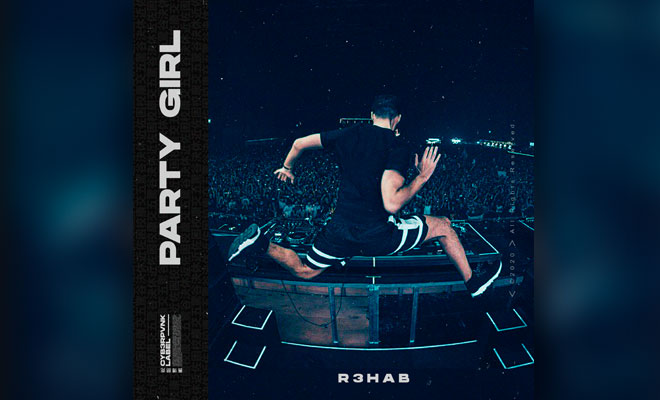 R3HAB is never the type to shy away from a sonic adventure, and this time he’s done it again with a remake of “Party Girl”, StaySolidRocky‘s single turned viral hit via TikTok. While the original takes a mellow hip-hop approach, R3HAB ups the ante by infusing it with his signature high-energy electronic sound. The opening instrumental riff quickly progresses into a deep bassline complemented with upbeat, bouncy synths. The catchy lyrics of “Party Girl” are still present, though distorted and perfectly tuned to the new sound of the remake, which will make anyone want to dance. R3HAB previously put his own spin on “BAD!” by XXXTentacion last year, which saw the multi-talented producer dipping his toes into the rap/hip-hop world. He has also ventured into the pop and Latin world with the release of “Besame (I Need You)” with TINI and Reik recently, but he’s not slowing down just yet. Keep an eye out for the official announcement and more exciting music coming soon! In the meantime, vote for R3HAB in DJ Mag’s Top 100 DJs 2020 here.

“I haven’t done something like this in a while, and I must say it felt great working on this track. It is a different version with a different sound, but when you hear it, you will definitely recognize the touch of R3HAB.” – R3HAB on “Party Girl”

Over the last eight years, the Dutch/Moroccan artist Fadil El Ghoul – better known as R3HAB – has established himself as a leader at the forefront of modern electronic music. His talent has been called the “future of the craft” by the likes of Forbes and Billboard, and he’s circuited the globe’s best clubs and festivals, all without the backing of a formal record label. In 2017, R3HAB independently released his debut album “Trouble” through his imprint CYB3RPVNK, which amassed over a half-billion streams globally and officially placed R3HAB among electronic music’s heavy hitters. He made number 14 on DJ Mag’s Top 100 list in 2019, topping the charts with tracks like “Lullaby” and “Hold On Tight,” while his sophomore album “The Wave,” revealing more complex, emotional and experimental layers of himself, has amassed over 250 million streams on Spotify alone. In 2019 R3HAB’s “All Around The World” with A Touch of Class quickly became his biggest ever record already topping 200M streams across platforms and achieving gold & platinum status in 8 countries. It was followed by “Flames,” R3HAB’s collaboration with ZAYN. 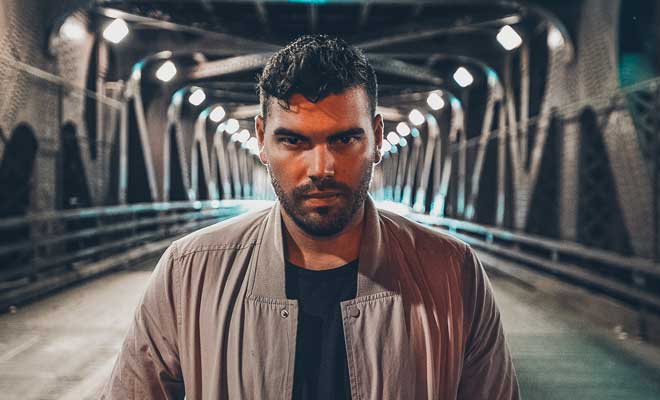 Nicky Romero and Deniz Koyu‘s hit “Destiny” has received a very special remix from Dutch producer MOTi, and you’ll want to have this one on repeat. Romero and Koyu’s original is representative of their classic vocal progressive roots that made EDM a mainstay in music culture; in contrast, MOTi infuses his remix with a distinctively deep and groovy sound. As is fitting for an artist who has never been defined by genre molds, MOTi brings a myriad of different influences to his music, from hip-hop to trap to electro. The remix delivers strong, upbeat synths and a groovy bassline that makes for easy listening or moving on the dance floor. The remix of “Destiny” marks MOTi’s debut on Romero’s Protocol Recordings, where he becomes part of the family after a very successful career in both production and DJing.

Nicky Romero’s Protocol Recordings has quickly become a renowned, taste-making imprint with a diverse roster of artists who all have one thing in common – the ability to excellently produce forward-thinking electronic music. MOTi becomes the newest member of the crew with his remix of “Destiny,” though the Dutch DJ and producer has been making waves in the dance music world for the better part of the last decade. He has produced for hip-hop heavyweights like Ty Dolla $ign and Wizkid and has worked with some of the biggest names in dance music, including Tiësto, Major Lazer, Martin Garrix, R3HAB and more. MOTi’s platinum hit “Virus” with Martin Garrix has amassed over 150M streams, and his track “Boom” with Major Lazer currently counts at 190M streams and is part of Major Lazer’s legendary album “Peace Is the Mission.” His colorful career has seen him play some of the biggest festivals and clubs in the world, including Ultra Music Festival, Tomorrowland, Creamfields, Electric Daisy Carnival, Electric Zoo, and more. Stay tuned for more from MOTi and the rest of the Protocol gang coming soon! 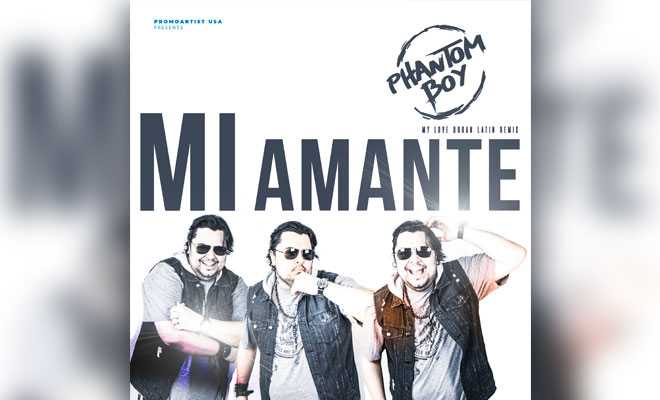 “Mi Amante” by Phantom Boy is amazingly danceable to say the very least. The Latin music industry is on the rise thanks to creative artists like Eddie González (real name). Of the tracks he has shared to date, you can tell he excels from songwriting to production. “Mi Amante”, which translates to “My Lover”, kicks off with a powerful blend of tropical rhythms like Mambo and Merengue.

Obviously, he also offers a new definition of Pop music in Spanish. Besides, the brand new single is a cover of  Justin Timberlake’s 2016 hit, “My Love”. The best part about it is that it was designed for the summer. So far, there are no complaints from the listeners, on the contrary, it’s nice to see all their positive feedback. “Mi Amante” was premiered for the very first time on radio stations in Spain and abroad. Get your dancing shoes on and have a good time!

Keep your LGBTQ playlist up-to-date with this new addition from N2BLÜ. Their latest single “NSA” could be described as an anthem that evokes liberation. The openly gay duo felt inspired by those people who sadly have to apologize for being themselves. Over time, vocalist Jonathan Arcenaux confesses he learned to improve his self-esteem and self-confidence in order to overcome a similar experience. Deep and meaningful lyrics are truly empowering. Likewise, there’s no doubt he poured out his heart vocally. I like the fact they keep their trademark Dance-Pop sound like in their previous singles “Electric Dreams” or “Again”. Echoing a vibrant and modern music style I would dare to say, “NSA” can also become transformative for many listeners out there. For sure, planet Earth needs more sensible artists like N2BLÜ. Stream in full via Spotify below.

ADD “NSA” TO YOUR LGBTQ PLAYLIST AND FOLLOW N2BLÜ! 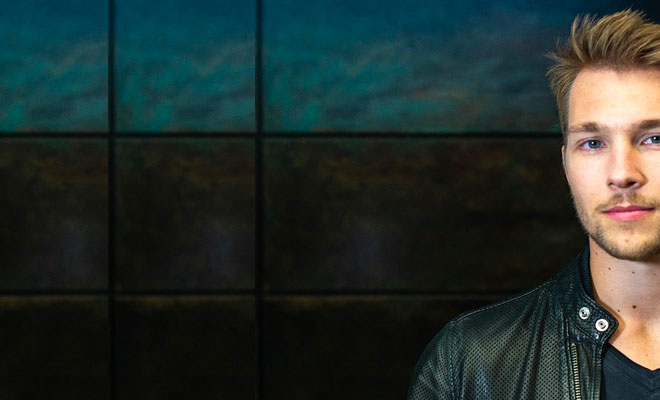 EDM heads will be pleased to discover the brand new tune from TIM PLVNK.  The German DJ/producer gets creative with soulful vocal loops that promise you there’s always someone there for you. If clubs were open today, I bet you can get on the dance floor and groove to it. With a fun and unique style, he emphasizes a repetitive melodic pattern that will have you tapping your feet from the first bar.

Moreover, the hard-hitting beats, synths, and the heavy dose of bass provide euphoric moments. Add to this, a classic sounding piano intro that accompanies the four-on-the-floor beats till the end. Of course, the magic of this banger resides in its inventive rhythms and rich energy. In other words, “I Need You” gets your club’s hearts pumping again. It is now available to stream on all digital platforms, press play below.

Artists Of The Week