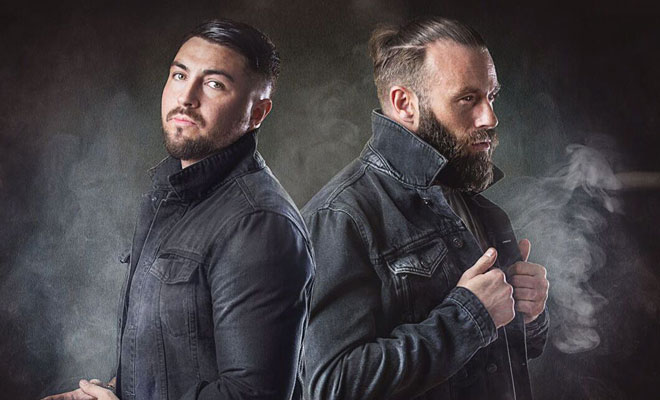 After debuting on Protocol Recordings with “I Can’t Do It” in 2018, Futuristic Polar Bears are back with another Vocal House gem – “You & Me”. Featuring a bouncy bassline, breezy melodies, and smooth, sultry vocals, the track evokes daydreams of spontaneous summer romances in exotic locales. Futuristic Polar Bears have a knack for making music that is both radio and club friendly. “You & Me” is primed for singing along to and grooving on the dance floor or at the festival stage; we expect it to be getting some serious stage play this summer! The British duo’s last several months brought them releases on Revealed, Spinnin’s Wall Rec., Smash The House, Armada, and Ultra, and will hopefully be the second of many more Protocol tracks to come.

Founded by Nicky Romero, Protocol Recordings is one of the leading imprints for innovative house music; it boasts a roster of heavy-hitters complemented with immensely talented up-and-comers, all with a diverse range of sounds that are guaranteed to light up a dance floor. The British duo has a slew of successful original releases under their belts, as well as collaborations with Tiësto, Sultan + Shepard, Danny Howard, Thomas Newson, Sandro Silva, MATTN, Wolfpack, Yves, Henry Fong, East & Young and more. In addition to that, Futuristic Polar Bears have performed at notable venues and festivals, such as Tomorrowland, UshuaÏa, Ministry of Sound, Amnesia Ibiza, Marquee, Zouk, and Octagon. In 2016, they ranked at #40 in Beatport’s “Best of 2016 – Progressive House Artist” and were also nominated for a Beatport Award for Best Big Room Artist. Be on the lookout for more new music coming from this talented group soon! 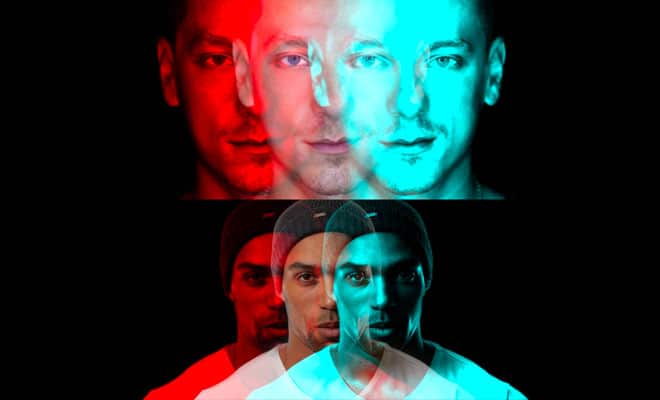 Without question, “House Bitch” is a banger so make sure to play it loud! KRAIZ & Adam Davenport unveil a killer groove charged with an energetic flair. This impressive collaboration is the result of a long-distance recording project, which is more often nowadays, and, above all, due to the global pandemic. As a matter of fact, the distinctive hook of The Notorious B.I.G.’s “Crush On You” is reimagined by Farrah Frostt‘s sexy vocals. In some fashion, they capture those 90s classic vibes you still miss.

On the other hand, no one can’t resist contemporary basslines. Thereby, I truly think fans of both producers were anxiously waiting for their dance signature. Literally, the new track is an ode to the House genre that lets you sway your head while hearing it. Go to their social media channels below to keep up with these rising artists.

What goes around comes around, that’s probably the best definition of “Karma”. Aaron, Caleb, and Lisa from Muzik Box just launched a new song and video about the law of cause and effect. 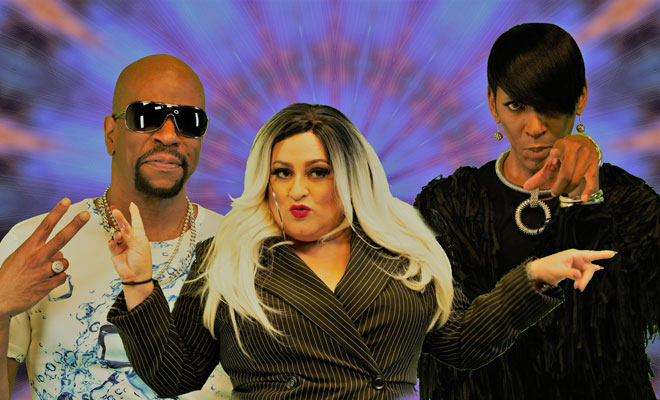 What goes around comes around, that’s probably the best definition of “Karma”. Aaron, Caleb, and Lisa from Muzik Box just launched a new song and video about the law of cause and effect. Interpreting the emotions covered in this haunting track, you’ll soon realize that for every action there’s always a reaction. With energetic beats and under their signature House sound, the Houston-based artists will give you an important life lesson.

In a certain way, the divalicious vocals turn listeners into instant fans. Plus, I would dare to say this could become a timeless masterpiece thanks to the epic funky bassline and stunning hooks. Additionally, visuals take you to a futuristic scenario in which tall buildings and flying cars dominate the cityscape. So, if this delightful single makes you eager for more, then check out the remixes for “Karma”. The dance community will love the versatility over the original, with refreshing tribal, deep, and tech-house versions. This is surely the place to kickstart your next Spotify playlist. 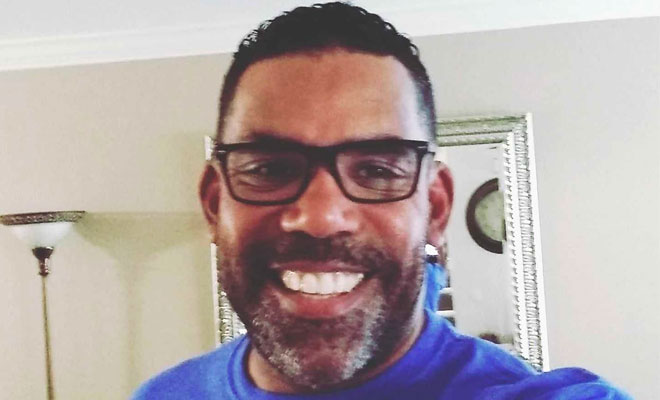 SeeEyeGee is best known for his multiple bangers that have topped the electronic music charts on Digital DJ Pool. Hailing from Bellingham, Washington, his passion for political sciences and IT does not prevent him from being a prolific producer. While his style extends in directions far beyond housey vibes, “Crash” is all about fast-paced basslines strictly for the dancefloor. Here he knows how to quicken the intensity with energetic beats and soul-infused vocals.

At certain points during the sound design process of his tunes, he admits to experimenting with DnB, Trap, and Hip-Hop elements. Proving that versatility is perfect in order to break the mold in this competitive industry. What at first started as a recreational activity as a DJ for underground events soon turned into a career. Today, SeeEyeGee’s music encapsulates the creative influence of Eric B. & Rakim, Diplo, Skrillex, and Timbaland just to mention a few. With over 30K listens in 5 weeks across all platforms, you won’t want to miss his upcoming jams. Since dreams and dedication are a powerful combination, the artist aspires to play at festivals and make people dance all night long in the near future. Surely enough, his kids and grandkids will be proud of him. 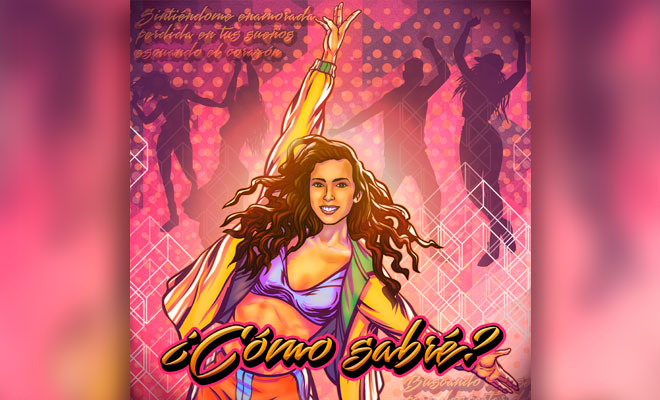 Mandalan‘s latest “¿Cómo Sabré?” (Spanish for “How Will I Know”) starts off accompanied by a groove flavored with Latin House music at its finest. Somehow, I feel all these tropical-esque beats can instantly make you feel like dancing. The mastermind behind this captivating production is Los Angeles-based producer James Brennan. He took sexy female vocals and laid them over tribal percussion (congas) mixed with upbeat electronic elements. Without a doubt, Emarie‘s singing talent isn’t something you hear every day. Press play below.

In short, lyrics reveal it’s better to listen to your heart or intuition, especially when you’re falling in love. Above and beyond, you will end up hopelessly addicted to this jam and its summery vibes after the first listen. Positively, there are strong similarities in Mandalan’s sound to other big names in the Latin music industry like Becky G, Jennifer Lopez, Tito El Bambino, among others. It might also be noted, his debut single “How We Live” became a hit on all major digital platforms surpassing 30K streams in such a short time. I truly believe “¿Cómo Sabré?” follows the same path of success.

So Foreign Productions and Mandalan are joining forces to create a special music video for this awesome track. They have just launched a campaign inviting Patrons to be part of the upcoming visuals. Their ultimate goal is to hire a dance team and production crew to create a high-energy clip. So, what are you waiting for?… You can be part of this project and receive great benefits. 👉 More Information. 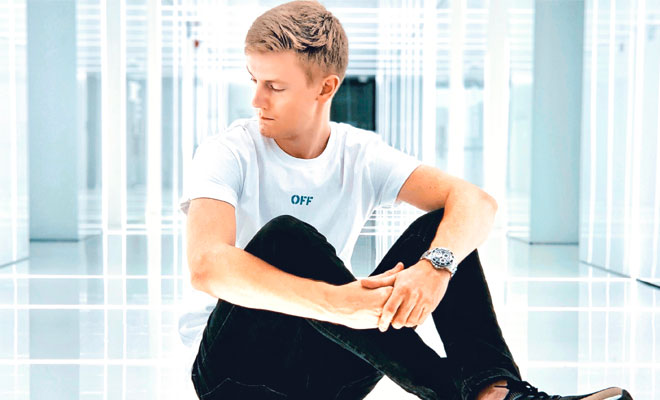 Charles B and Kamil Ghaouti team up for their triumphant debut collaboration “You’re Not Mine” on Protocol Recordings, which fuses their unique styles into a deep and groovy sonic journey. Opening with upbeat piano melodies, Charles and Kamil quickly up the ante by establishing a funky bassline complemented by warped synths. The track’s his-and-hers-style vocals add an emotive and progressive element to it, which will resonate with any listener who has ever experienced the pangs of unrequited love. “You’re Not Mine” is the latest experimental sound from Protocol artists, who have been releasing cutting edge new tunes even amid the global pandemic this year.

Nicky Romero and the Protocol crew can always be counted on for cutting-edge new music, melding a variety of genres for exciting and unexpected sounds. Their latest additions feel right at home with that mantra, bringing a fusion of future bass and progressive sounds with plenty of grooves to the table. French producer Charles B now counts three Protocol releases under his belt, with additional tracks on Hexagon, Darklight Recordings, and more. He’s also earned support from the likes of Martin Garrix, DJ Snake, and Diplo, among others. His music has been featured on BBC Radio 1, Sirius XM, Apple Music’s Beats 1, and more. Hailing from Spain, Kamil Ghaouti has signed tracks to Warner Music, Armada Music, Scorpio Music, and Strange Fruits, to name a few. His productions have been supported by Jonas Blue, Oliver Heldens, Lost Frequencies, and Mike Williams. Keep an eye out for more new tracks coming from Charles B, Kamil, and more!

CONNECT WITH CHARLES B NOW!