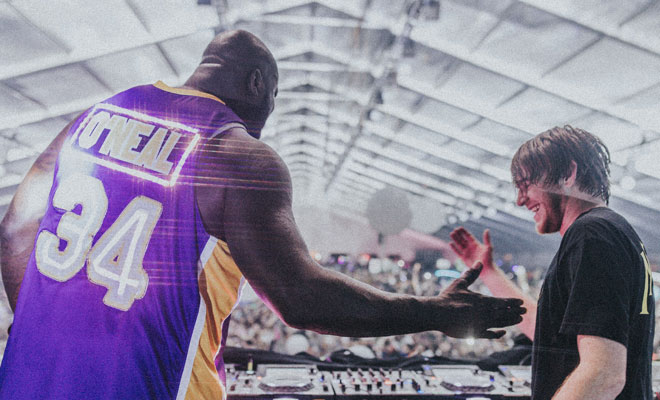 For his first release of the year, NGHTMRE teams up with Shaquille O’Neal (aka DJ Diesel) and Lil Jon for their new single “BANG”. Fusing heavy bass with rap vocals and hip-hop rhythms, “BANG” delivers enough attitude and heavy-hitting sound effects to take over clubs and festival stages around the globe. “BANG” is out on NGHTMRE’s and SLANDER’s label Gud Vibrations. The “BANG” collaboration came about after NGHTMRE’s and Shaquille O’Neal’s recent back-to-back NYE performance at Decadence AZ proved to be earth-shattering. “I met Shaq for the first time in Las Vegas. He came to one of my sets, and we immediately got along and shared our love for bass music.” says NGHTMRE. “I’ve always played tons of Lil Jon music in my live shows, and now I get to play our own collaboration! Being able to work on music with Lil Jon and Shaq was literally a dream come true for me.”

NGHTMRE has collaborated with some of the biggest names in music – including PnB Rock, Zeds Dead, Dillon Francis, Big Gigantic and The Chainsmokers – and has enough original hits to be a force all on his own. The Los Angeles-based artist’s fast-paced, exhilarating live sets have earned him a loyal fanbase. His packed tour schedule has included a Hakkasan Las Vegas residency, Lollapalooza (Chicago, Paris, Berlin, Brazil) EDC (Las Vegas, Orlando, Mexico, Tokyo), Electric Zoo, Mysteryland, Creamfields, Amnesia Ibiza, Shambhala, Middlelands, Coachella, Ultra Music Festival, Holy Ship!, and Tomorrowland as well as his own Gud Vibrations multi-event series with SLANDER. Through his unique style and collaborations with legends such as Shaq and Lil Jon, NGHTMRE takes another step forward as a leader of modern, experimental bass music.

“BANG” is 15 x NBA All Star and 4 x NBA Champion Shaquille O’Neal’s first production in over 20 years. Shaquille’s 1993 rap album, “Shaq Diesel,” did the unthinkable of selling over a million copies and peaked at no. 25 on the Billboard Hot 100 Chart cementing O’Neal as the only athlete ever with a platinum-selling album. Today, DJ Diesel has grown into one of the biggest touring artists in the world headlining festival and clubs around the world such as Tomorrowland, Lost Lands, and even his own festival series – Shaq’s Fun House. “When it comes to dance music, NGHTMRE is my Larry Bird. We spent a ton of time in the studio making ‘BANG’ and I called up my favorite rapper in the game to lay a verse down – Lil Jon” says O’Neal.

Grammy Award-winning artist, Lil Jon, rounds out the track with his iconic voice bringing it to new energetic heights. The Atlanta rapper is best known for producing multi-platinum hits including “Get Low,” “Goodies,” “Yeah!,” and “Turn Down For What.” Lil Jon has worked with a wide array of artists such as will.i.am, Miley Cyrus, Steve Aoki, Britney Spears, Travis Barker and more. No matter if you’re a basshead or rap and hip-hop diehard, NGHTMRE, Shaquille O’Neal, and Lil Jon’s original “BANG” is a track you won’t want to miss.

Tofu Remixes DVBBS’ “24K”, And It’s As Good As The Original!

Have You Ever Heard Spanish Trap? Listen To “Yelo” By C. Tangana 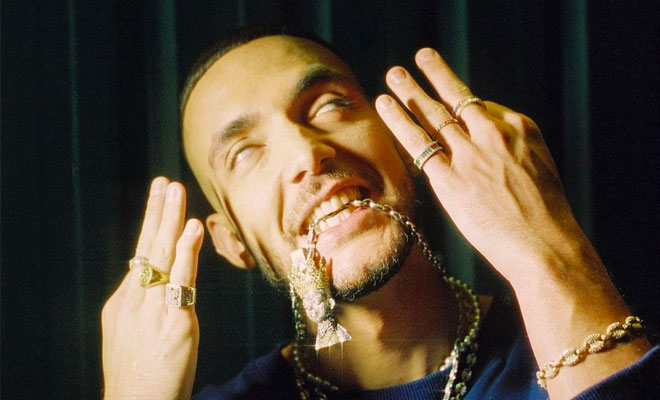 Discover Spanish Trap music produced by C. Tangana! Trust me, “Yelo” deserves your total attention. Perhaps, this creative dude is better known in the industry as Rosalia’s former boyfriend, but he’s also the mastermind behind her Latin urban hit “Con Altura”, which won a Grammy last year. If you like Travis Scott or American Trap in general, then, “Yelo” is ideal for your ears. He fuses electronic music elements and lyrics reflect the gangster’s lifestyle on the subject of fancy jewelry. It is worth stressing that C. Tangana always opts for vintage aesthetics when it comes to a music video. Starting today, I declare myself his new fan. 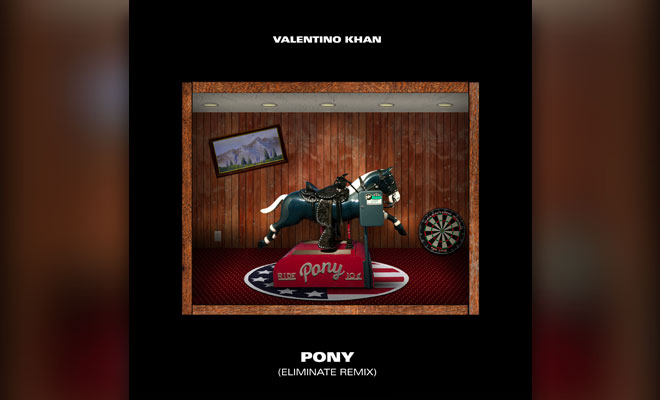 Valentino Khan‘s party anthem “Pony” receives a hard-hitting remix by Eliminate, the second track from Khan’s forthcoming “House Party” remix EP. Eliminate’s remix delivers mechanical, trap-influenced basslines and futuristic effects, making for a spacey and headbanging-ready sonic journey for those fans of the heavier side of electronic music. The “Pony” remix follows Tchami’s groovy take on “JustYourSoul” with Diplo, which was released last week. The full EP will drop on January 24th and will feature additional four party-ready remixes across multiple genres, so keep your eyes open for the full release!

The world was introduced to LA-based DJ and producer Valentino Khan in 2014, when he burst onto the scene with his debut EP “In Khan We Trust” on Skrillex’s OWSLA label. Khan’s sound possessed a unique versatility, incorporating elements of trap, bass, hardstyle, house, and more into a driving, often heavy sounds that found homes on labels such as Mad Decent, Spinnin Records, and Ultra. In 2015, Khan’s original track “Deep Down Low” became an international sensation, earning the title of “Most Played Track” of the year and topping Sirius XM’s #1 Song of 2015 on Electric Area. Since then, he has earned a reputation as a remix master with official renditions of RL Grime’s “Pressure,” Alison Wonderland’s “Good Enough,” Calvin Harris’s “One Kiss” and more. His original productions include “Pump,” which has over 17M streams on Spotify, “Gold” with Sean Paul, as well as production credits for the likes of 2 Chainz, B.O.B., Dizzee Rascal, Iggy Azalea, TI. and more. On the touring front, Khan sold out his show at the iconic Hollywood Palladium this year, featuring a b2b set with Shaquille O’Neal (DJ Diesel) and a surprise appearance by legend Snoop Dogg. 2020 is already shaping up to be the year of Valentino Khan, and we can’t wait to see what happens next. 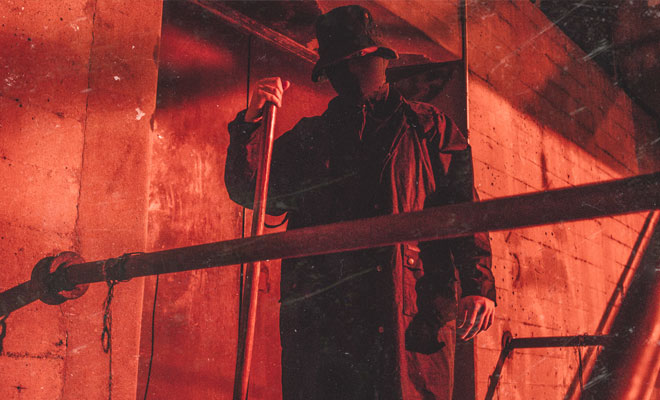 GRAVEDGR recently released “6 FEET UNDER”, the sinister first single from his upcoming debut studio album, and now he returns harder than ever with genre-bending new track “WARDOGZ.” Featuring NYC-based group City Morgue, “WARDOGZ” fuses GRAVEDGR’s relentless bass sound with urban rap, making for an original and heavy-hitting sound that will appeal to headbanging and rap fans around the globe. If you’re in need of a tune to up the ante for life’s various challenges, put on “WARDOGZ” for your daily dose of aggression. Both of GRAVEDGR’s new releases will be part of a story slowly unfolding, first with GRAVEDGR as the anti-hero who kills for justice on recently released “6 FEET UNDER,” now continuing his rampage with “WARDOGZ.” Stay tuned to see what happens next in this horrific saga.

“This is one of my favorite tracks on the album. It’s the most intense/in your face drop you’ll hear for a while. I can’t wait to play this one out all next year! It’s going to be a moshing anthem, mark my words. NO ONE GETS OUT ALIVE!” – GRAVEDGR

Take one look at GRAVEDGR, and it’s easy to see where his name comes from – constantly donning black attire and his signature face mask. His musical sound can be summed up as simultaneously scary, melodic, and hard. Having made his debut performances during insane shows at EDC Las Vegas and LA’s El Rey Theatre last summer, this mysterious character also seems to have a knack for creating catchy music that always works the crowd into a frenzy. “WARDOGZ” is GRAVEDGR’s 8th release on Carnage’s Heavyweight Records since his debut single “RAMPAGE,” which has amassed over 11M streams on Spotify alone. GRAVEDGR has already inspired a cult following and is about to drop his highly anticipated first studio album, so he’s only getting started. 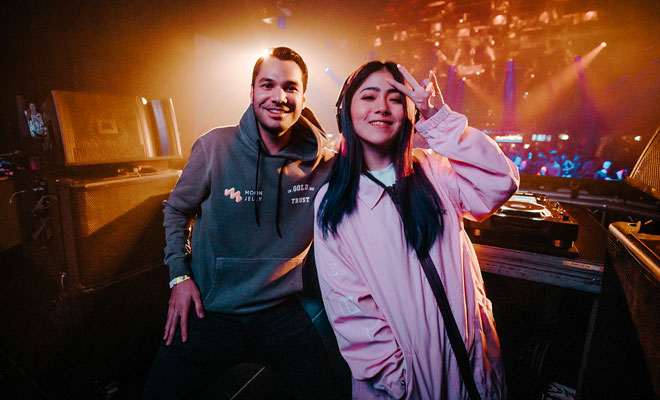 Marc Benjamin teams up with Taiwanese newcomer RayRay for their sultry, hard-hitting track “My Swag”, out on Protocol. The track ventures into new territory for Marc Benjamin, delivering a fusion of electro/EDM style and serrating trap basslines. Featuring RayRay’s own vocals, this club-friendly sinister tune packs a punch of attitude with its serrating synths and driving bass. Although winter is upon us in many parts of the world, look no further than “My Swag” to heat things up. This is the second collaboration between Marc and RayRay (who has also released on Barong Family and Dim Mak) that follows Benjamin’s previous Protocol release “Show You” from this summer, “Off Road” from Showtek’s Skink label and Spinnin’ Records’ “Pop N Rewind.”

Nicky Romero and the Protocol crew can always be counted on for cutting-edge new music, melding a variety of genres for exciting and unexpected sounds. Their new additions feel right at home with that mantra, bringing a medley of trap, future bass, and electro house to the imprint’s already robust mix while still pumping out plenty of classic progressive jams. Veteran producer Marc Benjamin has a reputable taste for impeccable productions, evidenced in his past successes with his previous collaborations with heavyweights Laidback Luke, Benny Benassi, and Yves V, and his remixes of Zedd’s worldwide hits “The Middle” and “Happy Now.” He’s performed around the world, including Ultra Bali and a 5-year residency at Amsterdam’s club Escape, and released on Spinnin’ Records and Steve Angello’s Size Records. Benjamin’s dynamic productions have piqued the attention of industry heavyweights like Tiesto, Zedd, Martin Garrix, Steve Angello and Avicii. We can’t wait to see what comes next from the Protocol family! 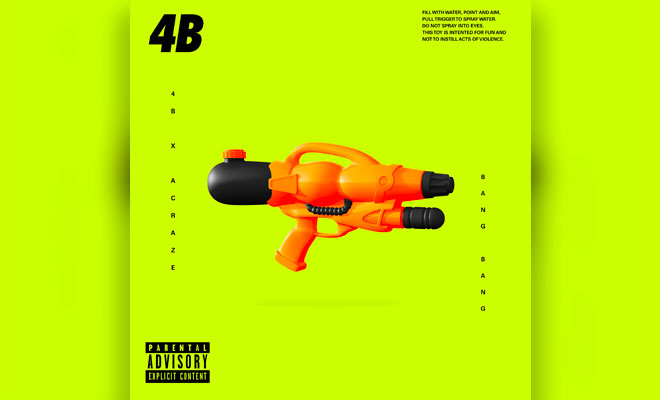 4B proves his dynamic ability as a Producer by exploring a new sound on his latest single “Bang Bang” with ACRAZE, a hard-hitting track filled with urban and Trap influences. Opening with mysteriously melodic notes, “Bang Bang” wastes no time gearing up with Rap vocals and stabbing percussion coupled with intense serrating synths. The trap genre’s signature reverberating basslines make the single assaulting sonic journey that will appeal to bassheads and urban aficionados worldwide. “Bang Bang” follows 4B’s recent releases on Ultra Records, such as “Atomic Bomb,”, “Told You” and debut single “Blackout” with Flosstradamus. Keep an eye out for the next singles dropping soon!

Robert McKeon Jr., better known as 4B, may only be 26 years old, but he’s already been honing his musical skills for nearly half of his life. The American DJ and Producer has relentlessly pursued his signature sound and vision, garnering support from some of the industry’s legends like Skrillex, DJ Snake, Diplo and Tiesto for his unique sound and meticulous production style. His trademark single was “Pop Dat” with Aazar in 2015; the track became one of the most played track songs of the year and topped over 12M streams on Spotify alone, putting 4B firmly on the map as one to be watched in the dance music scene. Since then, he has remixed the likes of Fetty Wap’s “My Way” with Flosstradamus and DJ Snake’s “Middle.” 4B has also earned himself somewhat of a cult following from his electric live performances, which include his wildly popular set at EDC Las Vegas right before ZEDD, where he brought out Soulja Boy as a special guest. Bobby continues to evolve and mature as an artist, and we are excited to see what the next wave of his career brings.

CONNECT WITH 4B NOW!

Artists Of The Month