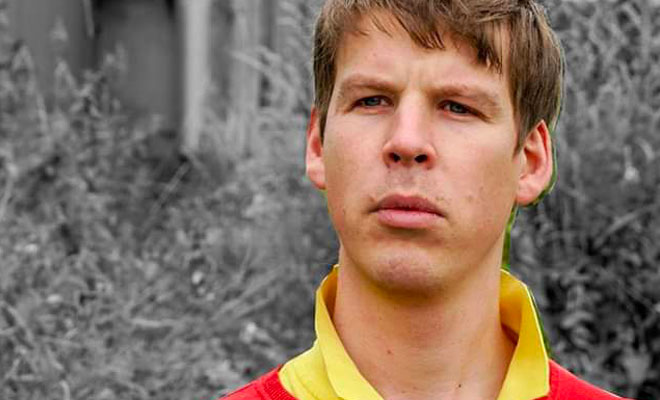 Born in Leeds, UK, Luke Spillane is already making a name for himself as an indie Electronica producer. Beyond electronic beats and synth-heavy sounds, his music is highly influenced by Rock. Partially this is due to the fact he has played in different bands for almost 20 years. Not for nothing, the tracks on his 2018 album, ‘The Salt Of The Earth’ were built around pummeling drums and outrageous energy. Furthermore, the rebellious rock and roll spirit and attitude can be felt in his vocals. Here the rhythm doesn’t follow a certain pattern, on the contrary, he plays his own rules based on experimental soundscapes.

Among other things, Luke has spent time studying physics and computer networking in the past. Actually, he enjoys the scientific aspect of sounds and frequencies, implementing his knowledge in his productions. By the way, he has played on stage along with big names like Ian Brown and George Clinton. As a family man, he counts on the support of his wife, who is always present at his live shows. Indeed, Luke is planning to tour the UK in 2020, so stay tuned!

Anyone Need Pure Electronic Music? Lotus Prime Is The Answer!

“Spanner” By Hydraulix Is Definitely A Treat For Drum & Bass Fans

The Most Comfortable Remix For Your Ears Produced By Báhkin

Generally speaking, when we hear remixes, we can easily imagine an upbeat alternative that differs from the original. Nevertheless, today you can discover the most comfortable remix ever produced. With over 30 years of experience in the electronic music field, Londoner producer Equalisation gave Báhkin the green light to deliver a much-needed treatment of chill-out music on “Know How”.

As a result, try to think of Moroder meets Vangelis but with an updated modern sound. Following a hypnotic melody that goes in crescendo mode, vibes give off relaxing effects to ease you into an imaginative listening experience. For instance, if you close your eyes, you’ll feel like you’re gravitating towards outer space. Sure enough, this is the right electronic music to unwind to. Press play below.

Anyone Need Pure Electronic Music? Lotus Prime Is The Answer! 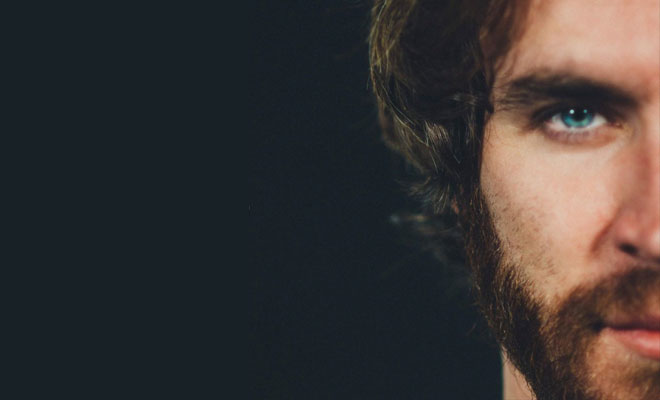 Braeden Baade aka Lotus Prime is back with “No Muck, No Lotus”. Certainly, this piece of pure electronic music without cheesy vocals might have a relaxing effect on your mind. In fact, the Los Angeles-based producer enjoys meditation and this composition is somewhat related to this healthy practice.

Interestingly, after a retreat at a Buddhist monastery, the artist approached music as a path to enlightenment in order to overcome personal issues. “No Muck, No Lotus” is inspired by the teaching metaphor of the lotus blossom. From my view, we can discover ourselves and keep our inner creativity despite adverse conditions, which would be the dirty muddy water. For this reason, he opts for haunting dark instrumentals on this track.

Also, the ambient/chill textures are essential components to keep you calm while you close your eyes, focus on your breathing and enjoy the present moment. What are you waiting for? Just press play below.

“Spanner” By Hydraulix Is Definitely A Treat For Drum & Bass Fans 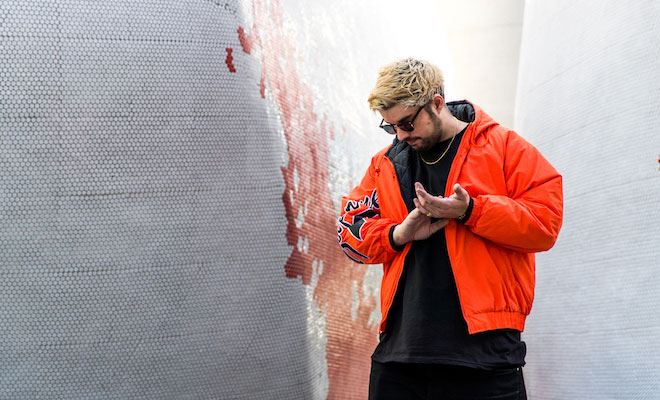 There are hundreds of Drum & Bass tracks in the world wide web, but none sounds as good as “Spanner” by Hydraulix. The Sydney-based DJ/producer strikes again with his signature infectious melodies. Add to this, strong and powerful BPM that could destroy any dancefloor. Perhaps, you will see a resurgence of this music style in 2020, as it is currently widely accepted by partygoers who always ask for dark basslines and energetic rhythms. Lately, the American label, Wakaan, is supporting creative minds like Hydraulix. Indeed, more and more artists are shaping classic genres into something fresh for the new generations. In this case, here’s a good example that works!

As always, J Holden aka APKLYPZ complements his haunting Electronica tracks with mind-blowing music videos. If you haven’t already seen the clip for “Golden Spiralverse”, then do it! On the other hand, the latest work on his YouTube channel is a trippy ode to “Time”. From my view, I believe he interprets the abstract concept of existence as something complex, that’s the reason why the visual artist applies glitchy aesthetics to indicate reality and illusion are one and the same. Just let your imagination explode as you watch distorted well-synchronized animations in a greenish tinge below.

Sonically, APKLYPZ keeps minimal beats and repetitive vocals on this cut. Nevertheless, I must recognize the rest of his songs on his most recent album ‘Dystopionics’ will feel more colorful and dynamic to your ears. Certainly, all the 11 tracks bring a cosmic vibe that allows listeners to take a psychedelic ride. Blending cinematic soundscapes and downtempo music, APKLYPZ felt inspired in a dystopian future we’re all scared of…

Italian DJ and producer Alex Messina is known for producing catchy and melodic productions that do not conform to a specific genre. Drawing inspiration from artists from his past and present, Alex looks to legends such as Pink Floyd, Depeche Mode, and Moby along with the epic sounds of the 90s to influence his music.

Alex found his passion for music at the tender age of ten where he went on to study both classical and electronic guitar and perfected his craft of creating intricate melodies and rhythms. With more releases on the horizon, take the time to check out some of Alex’s previous tracks on his exclusive Electro Wow guest mix.